they knew this was coming...


Report by the National Research Council, 2010:

“Frankenstorm” is the right name for Sandy, and indeed for many other storms and droughts and heat waves now. They’re stitched together from some spooky combination of the natural and the unnatural. Some state will doubtless bear the brunt of this particular monster, but it also will do its damage to everyone’s state of mind. Bill McKibben on Why ‘Frankenstorm’ Is Just Right for Hurricane Sandy

The Federal Emergency Management Agency is preparing for Hurricane Sandy to disrupt next week’s elections, agency Administrator Craig Fugate said Monday afternoon. Hurricane Sandy: Could it push back the election?

At least 13 people were reported killed in the United States by Sandy, which dropped just below hurricane status before going ashore in New Jersey on Monday...
...Sandy killed 66 people in the Caribbean last week before pounding U.S. coastal areas.
New York paralyzed as Sandy slams into eastern U.S.

The storm has already caused at least 13 deaths, according to CNN, and left nearly 7.1 million East Coast residents without electricity, according to NBC News. After the Storm: Surveying Sandy's Damage, and Looking Ahead 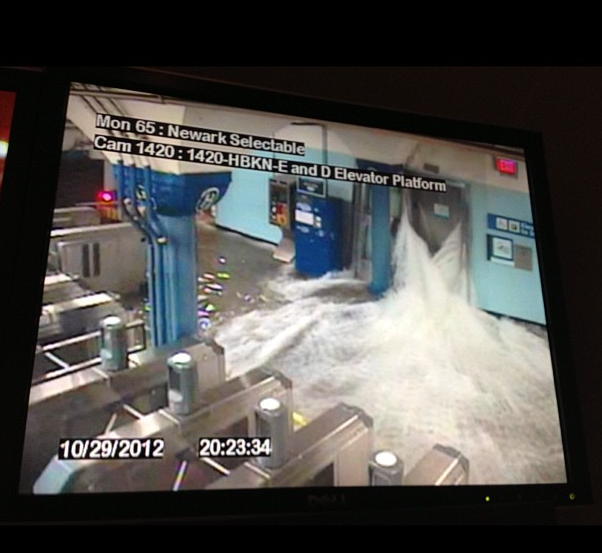 WTC construction site (why does it still look like crap...?)